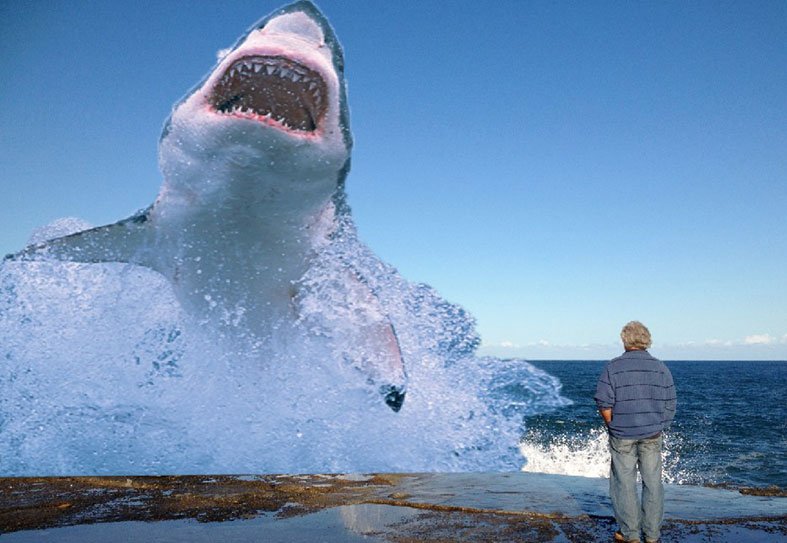 Land Based Oyster Farmingn for the Future

I’m afraid to say it, the Ocean appears to be in serious trouble. Reports suggest 96% of ocean species are now gone through overfishing. I’m not surprised by these statements as whole schools of ocean fish are targeted from space with nets that can be over 20 kilometers in length.

The implications are massive. And if that is not bad enough the radiation implications of Fukashima, well those will, at the very least, reduce the entire species population of the planet.

Are we seeing the Endgame? I really do wonder.

As a surfer the issue of local shark attack looms ever present in the mind, especially now for those who live along the East Coast of NSW and Queensland. In my time as a surfer, these recent attacks are extraordinary as an old Newcastle buddy mentioned only yesterday. He spoke of how we hiked over the sand dunes and repeatedly surfed the Signa Wreck of Stockton Beach. We camped and surfed there for many weekends in our young teens.
The very same location now known to have a constant population of Great White Sharks. We literally did swim with the sharks. But in surfing’s essence, we always did and still do as it has never been uncommon to see sharks chasing bait species. And for many the inquisitive peering eye looking back at you from a huge Tiger Shark is sufficient to leave stains in the water. Many surfers have been there.

Indeed a huge Tiger Shark lives and is regularly spotted at Springs Beach near Agnes Water but is not interested in surfers, at the present time. So why are these areas between the Queensland border and the Mid North Coast of NSW becoming serious attack zones now? From personal observation the Crescent Head to Forster area has always had populations of very big sharks.

As a surfer with an aquatic science background, my concerns of ecological danger have also been my recurring nightmares for years. And now, those thoughts are becoming a reality. Many, various source, reports indicate a vast depletion of fish numbers in all the oceans. The damage to the many pelagic species has already been done. The implications will be with all of humanity as we now begin the struggle to feed the billions. The extrapolation curve of human population and feed availability is not good past about 2035.

However, this ‘local problem’ is some unchallenged event that has created rapid change. I suspect that event will be closely related to a breakdown in the feeding cycle of large predatory species along that particular zone of the East Coast. In other words, the sharks are hungry and I do not think a season of warm water can be blamed.

I believe, the reason for this event has been created by the unchecked netting of coastal fish like mullet and whiting that make up a huge component of the coastal food chain. Combine that type of ‘sustainable fishery’ with the horrendous ecological effects of trawling and the nasty excesses of second catch, then the situation will get worse and be documented by more attacks.

By the way second catch can be up to several tonnes of juvenile fish species that get caught and killed in trawl nets and must, by law, be shovelled back over the side. These dead fish accumulate on the bottom and cause disease issues and ever increasing dead zones. Remember the Tasmanian Scallop industry of the 1980’s? This was exactly their fate.
The problem with trawling and net fishing ends up being massive damage of the coastal aquatic food chain. The bigger, end of the cycle, species are simply hungry. Indeed the decline in coastal fish species since the 1960’s is horrendous.

A metal chain is made of many links but if one link breaks the entire support function fails. The ocean’s aquatic food chain works exactly like a metal chain. You do not have to destroy the entire chain to create massive damage to the load. The load in this case being the numbers of many coastal fish species that are gone.

Juvenile snapper, whiting, flathead, bream and mullet by the billions. These are mostly gone. Indeed in some years coastal fishermen have been so successful at netting mullet they have completely stopped the coastal mullet run northward. Unbelievable!

There is another player in the looming coastal disaster and that is the larger black cormorant. They are the world’s most efficient fisherman and the East Coast has plague numbers. They hunt in packs of hundreds and use flanking manoeuvrers to wipe out complete shoals of estuary juveniles of all coastal species.

Combine all these types of fish hunting activities and there is a likely scenario for desperate shark attacks.

As a surfer and someone working in marine science my thoughts have often pondered the coastal ecology where I have surfed, dived and hunted since I was 13 years of age. And this old fella has observed considerable change.

So, my thoughts are that because of the way the oceans are continually raped for cheap fish meal the biological and ecological damage combined with bird predation, the first indications of aquatic food chain damage would be observed by an increase in shark attack. The top of the heap comes tumbling down, as it were. But this isolated zone of attack seems a little odd. Something else is in play. And it is not the increase in whale migration.

On my website, www.aquafarmer.com.au are ways to create sustainable high quality protein without the use of fish meal and harvesting the oceans. Macquarie Bank told me I was a lunatic. Potential investors have scoffed at these designs and yet sustainable protein production is a multibillion dollar industry. These designs have been around for over 2000 years and yet we seem hell bent on destruction.

What the money men fail to grasp in their lunacy is that these designs are not about the money, they represent survival beyond about 2030. And these are not my predictions.

If my thoughts are true we will continue to observe an increase in large predators moving in close to the intertidal zone intent on vigorous feeding. And that is exactly what appears to be happening now. And this reckless behaviour of sharks is extraordinary, but reasonably localised.

Essentially, the coastal aquatic food chain must be severely damaged in that area. The coastal migration of species such as mullet and the large scale netting of whiting, which is a huge feeder species, has broken the biological link in the aquatic food chain. Combine that with predation by cormorants and there is the logical science of current events.

Incidentally you don’t really have to kill off all the species to drive them to extinction. The vast reduction in juvenile numbers will probable suffice.

I think back in disgust with the knowledge that the absolute biological essential, the coastal mullet run, has been stopped entirely by beach netting. And mainly just for the roe. Departmental Fisheries would be aware of such dangers and yet provide no leadership. Bann this practice immediately.

Indeed all these coastal fishery practices must stop immediately. But that might not be enough to save most of the coastal species, including humans frolicking in the ocean. I believe this is a turning point. Larger sharks are undeniably hungry for them to attack fibreglass surf skis.

The solution is simple but radical. All Coastal fisheries must be, immediately trap only. No Trawling and no netting. Jobs taken away from commercial fisheries must be supported in every coastal estuary in northern NSW with the non-stop, round-the-clock breeding of simple feeder species such as whiting, flathead, bream and mullet. All of which have fecundities (amount of eggs) well into the millions.

The breeding protocols for most species are well demonstrated and documented for commercial breeding in every month of the year. Throw out the ridiculous ‘Trans Location Policy’ and commence breeding of all species and bloody-well pull out the finger.

If need be, commandeer prawn ponds and use as fish nursery ponds and continuously rotate juvenile crops. The coastal zone needs an injection of juvenile feeder fish of many hundreds of billions.

These offspring can be continuously released back into the estuaries. The technology is well supported in experience and infrastructure. Such an enterprise will eventually kick start coastal fish abundance and re-set the balance.

NSW and Qld Fisheries must immediately stop whatever research for research project they are currently wasting public funding on and justify their existence. The hatchery facilities are existing, the technology is over 20 years old. The government sector needs to step up and stop trying to justify their existence from one research grant to the next. Because this is only the start.

Or, the alternative solution is to kill off all the sharks.
And lastly if you catch a shark either kill it or release it humanely. Because just like dogs they do remember bad treatment.

The only problem is that all humans look alike to them.

A Copy was Sent to the NSW Premier. Below is his (office) positive reply.

Dear Mr Gordon
Thank you for your email to the Premier regarding shark mitigation in NSW. I have been
asked to reply on behalf of the Premier.
The matter you have raised falls within the administration of the Minister for Primary
Industries and I have forwarded a copy of your email for the Minister’s consideration.
If you have any further enquiries about this matter please contact the Minister’s office
directly. For your information the phone number for the Hon Niall Blair MLC is
(02) 8574 7190.
Thank you for taking the time to write to the Premier.
Yours sincerely
M. Monahan
Director, Briefings and Correspondence Unit

Land Based Oyster Farmingn for the Future