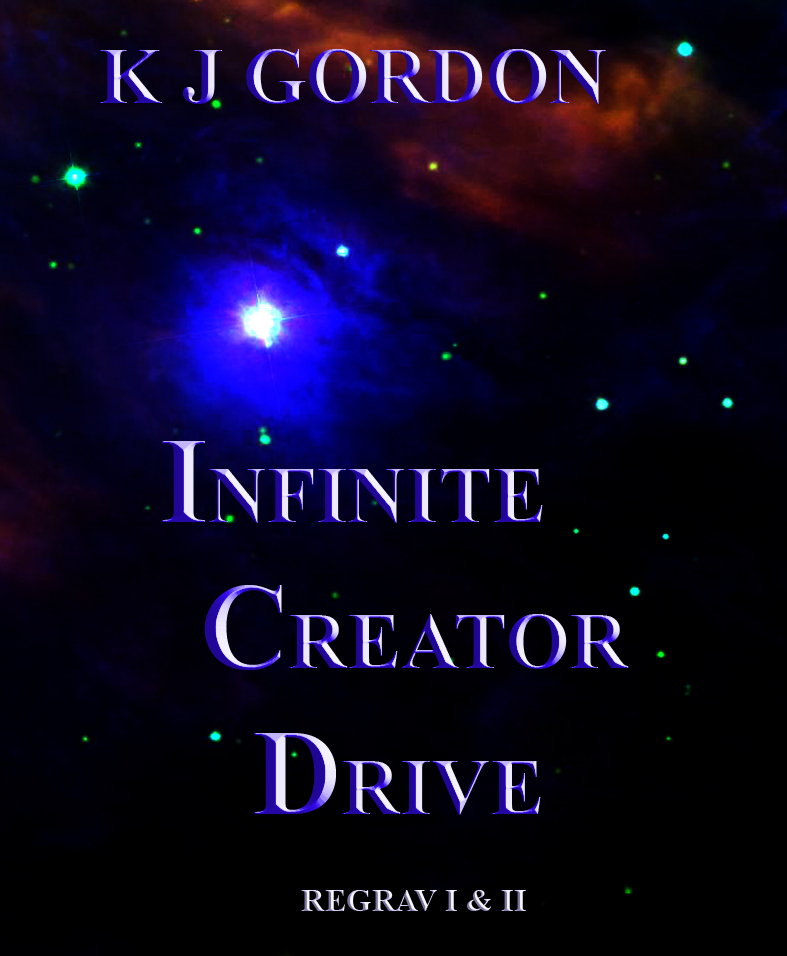 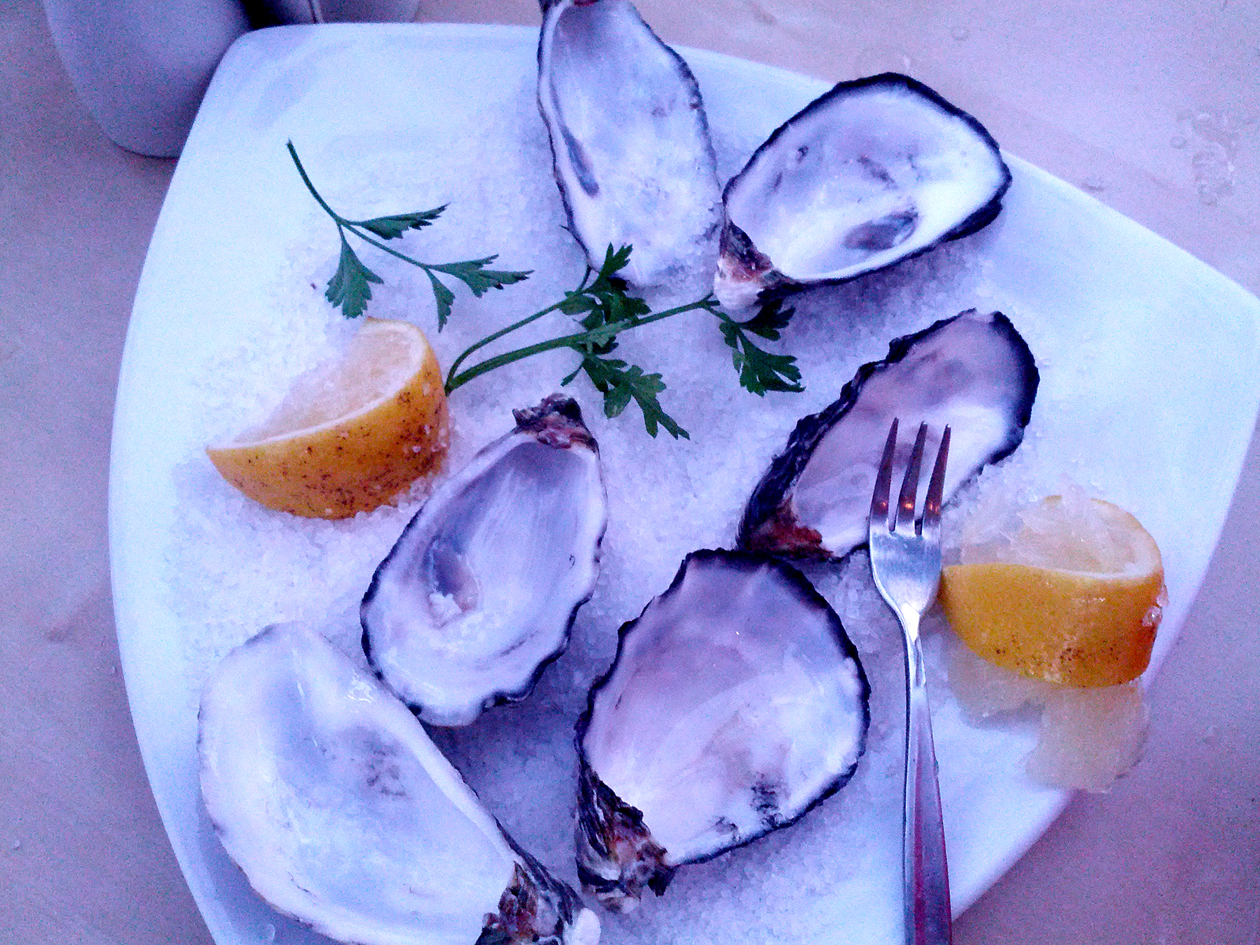 An existing commercial oyster farm should be capable of production levels exceeding of 1,000,000 oyster unit sales per full-time worker unit per culture cycle of 3.5 years.

In other words for an oyster farm to be profitable it must potentially generate $500,000 per worker. Unrealistic you may well say but please consider the simple land based oyster nursery from 1987 was capable of growing 6,000,000 spat to about twenty cent size. It employed 1.5 to 2.5 full-time worker units.

Its design was so efficient it necessitated further designs for efficient underwater sorting machine technology just to keep up with the growth rates.

So the above was the past and now for the future of oyster culture.

For years Aquafarmer Australia has been experimenting with a next step model of pond/tank culture of oysters. The reason behind this work is simple. The bi-product of all pond aquaculture is inevitably dense algal blooms. And, dense algal blooms are high quality oyster feed.

Pond Aquafarming of Oysters is simply the next step.

As spoken of previously, in Land Based Oyster Culture, the current Australian Oyster Industry is uncontrolled ranching and consequently, vulnerable to uncontrolled mortality.

And from this perspective there is no reason why Pond Aquafarming of Oysters should not be a viable next step. And this is where my problems start. You see, in Australia research funding is bound up by the retarded system of government research. I call it the pomposity of academia. The point is Aquafarmer can not get even close to any form of funding....

And there is the shame of it all. Because all this work could be done for free.

In six months oyster production would be expanded out to double its existing turnover. The figures on pond production are staggering. But you need staff with aquafarmer skills. And that's it really... Pond Aquafarming is the future and the future was yesterday.

So, why go to pond aquaculture for oysters?

Because pond aquaculture reduces the complete culture cycle to less than 2 years.

Because 1Ha of pond oyster culture equates to 0.5 of a worker unit. (20 hours per week labour)

Because pond oyster culture is completely sustainable and does not rely on the destruction of wild ocean species to create fish food. As does all fish and prawn aquaculture.

I have added the bottom line statement as that is what drives investment. The day we walk past that statement and into production is the day Future Oyster Farming becomes present day practice and not simply web page imagery.

Pond Aquaculture or as I prefer to call it, Pond Aquafarming of Oysters has to be the most valuable farming real estate potential in the country. The potential makes prawn farming technology appear juvenile and unsustainable. And it is.

So, in explanation, Pond Aquaculture of Oysters is nothing more than the management of existing pond algae cultures to supply feed while providing the water chemistry for good bivalve health. One simply needs to apply good husbandry and species biological requirements.

Straight away there is a potential for poly aquaculture. (more than one species cultured together) Please examine Whiting culture.

These days pond management is a highly specialised field with many well trained and experienced aquaculture technicians and field savvy specialists working with all sorts of species, except bivalves.

Currently the 'state of the art' is Oyster Ranching which is carried out in an inter-tidal survival zone more so than any zone that may enhance growth and survival. This process has been proven to be totally unsustainable with mass mortality becoming a common factor.

Aquaculture is an unsustainable drain on natural aquatic resources. It is, as I have whitnessed, lies, cheating, ripping off investors, and every other type of scam associated with greedy uneducated profit mongering from both government and private sectors.

Aquafarming is the application of applied aquatic science to produce sustainable protein production.

Below is what Aquafarmer Australia has been able to demonstrate:

>Oysters grow very quickly as juveniles. Their first year of growth is important. Hence the need for efficient nursery procedures.

>It has been well documented that oysters in layered trays can do very well. Traditionally, this method is known as deep water culture. Unfortunately in the wild it does have limitations. However layering of trays is an ideal way to culture in a closed and protected environment. Oysters have been observed to open out and remain that way whilst filter feeding in an artificial flow.

>From published oyster biology, it is well known that by reducing the need for an oyster to pump water though its gill surfaces for respiration and feeding an enormous amount of energy is saved. This energy can easily be converted into shell growth.

>Oysters have a non-specific diet however particle size is important. For Sydney Rock Oysters the largest food particle is about 25 microns and for Pacific Oysters it is about 60 microns. A factor previously uncontrollable outside a hatchery but easily managed within a pond aquafarming oyster system.

>By using existing pond dynamics techniques (Boyd) the ‘Bell Curve’ of nonspecific feed organisms, of the correct size can be, not only dramatically increased, but very well managed. And this aquafarming management procedure is now a simple and fundamental application in most fish and prawn aquaculture ventures. Its application to oyster culture is just as easy.

Pond culture of oysters reflects both the application of density and the application of enhanced nonspecific feed culture. These aspects are then combined with high quality growth factors such as maintenance of sufficient oxygen, the correct water chemistry for oyster culture and other parameters ensuring animal requirements for continued growth such as water flow etc. are met and managed... Whew! Yes a big sentance but, nothing very difficult or unpublished.

Unfortunately the 1 Ha is actually more like a total of 3-4 Ha as the extra 2-3 Ha are required for algae culture. However if one combined oyster culture with the culture of a fish species, say Sand Whiting, or low density prawn culture then a sort of synergy is created. In any event Pond Aquafarming Oysters is more profitable than any other aquafarming venture.

Actually, prawns are coprophagic so one of the best foods for their complete nutrition is the pseudo feacies coming from oyster culture. Aquafarmer proved this to be highly successful back in 1987 by culturing King Prawns using this and only this as the feed source.

If a poly aquafarming system were incorporated, with Sand Whiting for example, the fish would be fed a protein diet. The nutrient loading then increases which generates an algal bloom which must be controlled by flushing. The algae bloom simply needs to be periodically flushed into 1Ha of oyster culture or the two farmed together. Oysters could be easily farmed with prawns and the water cirulated back through a passive POD filtration system and into the fish culture ponds. Like a multi level vertical integration Aquafarmer system.... I like the sound of that....

Whilst doing Sand Whiting research in Queensland such a Land Based Oyster Culture System proposal was developed based on the work from 1987 and various experimental pond tests. The figures above represent a summary of that potential.

It is true to say that a percentage of what is required has been deliberately left out as well as the significance and importance of a three stage nursery system and the importance of the design to compliment the need for grading. But be warned other unmentioned factors are critical.

And absolutely, that is the nature of good business. That information is for sale.

Just imagine if there really were 10 Hectares under cultivation? It would not only be making money and emplying people but moving toward where the future in food production needs to be.... $500,000 turnover per labour unit...

If you have a few million just gathering dust then I would entertain any notion to go forward...

Now that, would truly be a Land Based Oyster Culture System for the Future