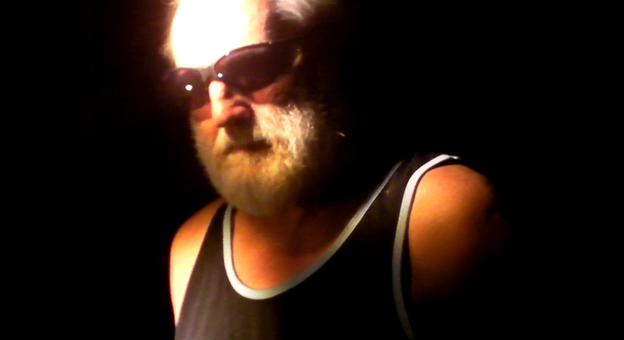 All I Ever Wanted

The life and times of Rock Gordon

Im in Love with You

Living On The Outside

I am a dinosaur. My grandfather survived the entire Gallipoli disaster and went on to fight in France and Belgium. There were attitudes of empathy and moral equity that have passed into litigation and mindless middle man control. The bureaucratic system will destroy Australia. Actually it is almost complete. So old farts just duck and weave trying to stay alive in an increasingly cruel and bitter social system. So duck and weive and just go surfing.

Flight won a song competition in Newcastle. Go figure...This version actually. It is my horrible childhood. Living under bridges way too scared to go home to a drunken father. Beatings, yelling abuse, never a kind word and always the put downs." You take your mouth you take your gun and you shoot some more." He was a cunt. He defines the word.... My childhood was 24/7 fear. And I'm lucky to have survived. I am glad to have written this and strangely never really understood that I was writing about myself. The word fucked up comes to mind a little bit these days.

The planet Earth contains the only DNA life in the entire Universe and yet it is treated with less respect than a toilet. Humanity has lost its way chasing false hopes of wealth and security. A false future that, as history shows, will not end well.

Close to the original version by my band back in 1981... Funny how thse songs seem more suited to the current madness.

(I just want to fuck you) Welcome to the future. No morals no long term anything.

A scifi idea for where life might survive. Winter is coming...Winter is coming. A global decline is now unavoidable. The oceans are really dying. Nothing good will come of humanity,, War is inevitable as the planet declines into suppression and new diseases of toxicity. Weitten before Corona Virus..

(Requiem for the Oceans)

Finally starting to find a musical outlet slash sound for scifi. Requis Marinis is nine minutes long. It has become my bedtime story. My inspiration for completing a scifi work cluster of star and planet songs. Not too bad so check it out...

Lemmings to the cliff. Class wars in a dying world. Technology takeover, capitalism failure and lies rule the world. Just we should be at our best it is the worst in humanity that rules the world.

Written while stoned. One take on everything, with no edits. Yep, nothing written down and a great experience recorded straight to the laptop. OK I am also building an apparent mass reduction drive. This kind of reflects the science and the influence.

I really love this experimental stuff

Love is lost, what more can I say, OK then. So the love of my life gave into demands. I was not good enough, Came from Maryville, ironically on the wrong side of the railway tracks. I was never gonna amount to anything as I was a dreamer. Albeit a very intelligent dreamer. I just came from a poor family. Her mother actually punched my mother and knocked her down in the Store in Newcastle... My mum got sick and died not long after... I hated that bitter fucking woman.

Anyway she, my life love, told me not to worry and that she would return to me later in life to live out our intense love for each other. This had been foretold in her dreams. She never came back. The song was easy to write and worked well live. In the vid, I like the way the use of three cameras has revealed my disfunctional head space. Yes love is a disease well worth the infection.

I wrote this after a good mate blamed me for scewing up his relationship. Ok, I did lose the wedding rings but hey I was not the drunk arsehole. I was best man at a wedding and I lost the wedding rings. The marriage did not last and I got the blame over a drunken rant by someone who had thrown their life down the shitter. I was not the cause but it did hurt to have full voice accusations hurtled by a drunken man not worthy of a broken nose. Denial is very unkind to relationships of trust and one that never gets hurt is bound to not get the point. This was a 5 minute song to write. It flowed with both lyrics and structure and remained a favourite at gigs. Some good must come of everything

The actual sounds of Jupiter and Saturn and first time using an electronic system. Written just after the novel, Regrav. An aussie sci fi adventure. Regrav Space is where I'm heading music wise. Or so I like to think. This song is a drum mix with the actual sounds emitted by Saturn and Jupiter. Cool hey. Same sounds as on Forbidden Planet... This sci fi classic 'Forbidden Planet' used these sounds to create mastery sci fi. My attempt falls short. But still I enjoy it and that is all that matters. I'm getting there... Oh and Regrav is a novel by myself and also the name of an anti gravity machine. I like to think of it as an "actual mass reduction" device.

This is an update on the original demo mixdown. Why? I just like it... Actually, I love this song. You will too... It is a cry for balance in life.

OK it's a demo. The mix could be better. As an apprentice my days were little better than a slave. Shit repetitive work that fucked with my head.... Robot was born...

DNA is a finite transition of life itself... Sorry Mr Darwin you were wrong. There is no natural selection....

Life is an orchestrated and directional event that knows no time. Therefore DNA is an intelligence of far superior mechanics than stupid humans could understand. If you were looking for a divine definition, one that was indeed part of every living thing then it is time to meditate. lose yourself into yourself and communicate with the one. Try it. Communicate with the self and ask for whatever you need.

Oh, the point,,, radiation is now endemic and shortly the oceans will be in dire straights. Climate disruption and food chain destruction must follow. DNA mutation will directly affect all life. We are killing our soul...

I love this song. Ten minutes to write, two hours to record and the vid took about an hour. Its my favourite subject matter dressed up as an alien race that fucks society. "The Greed came from time and stars." The greed really came from the failure of capitalism and the evil witch of marketing.

Yes... A great song played live back in the day but this version falls short. It is a band song. Working alone in a studio is hard to build feel especially when the song has to begin by writting the drums. Not a drummers kick foot... Live it is the opposite way round and my skill level is not up to the level required. I'm working on that... In a studio its me but on stage it was the evil other Mr Rock Gordon...

One Small Step of Protest

First written in 1978 as WWIII it was a simple riff that worked. I think as a live song it fires heart and soul but I have missed that blood red essence of its fire.

But what can one old fart do but have a crack? He sees the world for what it is. "An accelerating ball, hit way too hard from the Tee. A sewage sphere."

It wont end well. Maybe that is a more apt natural selection theory of evolution Mr Darwin? DNA discovers its mistake in the faith of humans and fate takes over. There will be famine. There will be global disease. Life cannot exist out of balance and natural order will correct the problem. The story of life and such is life as it happens every time in a petri dish. The world is now grossly unsustainable and the one absolute solution is a dramatic reduction in the human population. Life in balance will be cruel to such abuse.

Irene represents the fate of society. She stood as a monument to the failure of those educated and yet so blind to humanity. Society is a self serving machine crushing those of little mechanical worth. Irene was a victim. Greed has replaced moral empathy in government and public servants serve themselves.

D Hills wrote Irene in about 1980. I meet her not long before the needle had its eternal way. I watched as a beautiful young woman transformed into a incoherent mess that apparently was much better than anything close to the reality she had known. It was like meeting God, she said.

My anger will never subside at the cruelty shown by those who make their living from misery and despair.

Love comes love goes love hurts and love is gonna get you boy... The drums were live by an old lesbian who lived up the street. The spoken last verse says it all... Great song and would have been damn fine done live.

I just like the song. I done good. The spoken ending really says it all. Love, real love of a woman, is a disease well worth the infection. You will recover, but remain scared, remembering the goodness and the utter moments of life.

Flight won a song competition in Newcastle. Go figure...This version actually. It is my horrible childhood. Living under bridges way too scared to go home to a drunken father. Beatings, yelling abuse, never a kind word and always the put downs." You take your mouth you take your gun and you shoot some more." He was a cunt. He defines the word.... My childhood was 24/7 fear. And I'm lucky to have survived. I am glad to have written this and strangely never really understood that I was writing about myself. The word fucked up comes to mind a little bit these days.

Never again until the next time said the spider.

This sounded good on guitar but has not made the transition. Needs a band of talent to make it work and not some old dude on a laptop.

The Slave: So much change and yet where are we? Nothing has changed for the better. My ex thought this song was about her. Guilt I suspect for a self focused princess of the Bitch Order. It's about government mismanagement. Ironically I am related to good old Ned Kelly. I found this out at my uncles funeral. I also found out that I'm 1/8th Spear Chucker. 1/8th Chinese. And a goodly mix of Irish and Scottish. Cool hey... Nothing is as it seems...