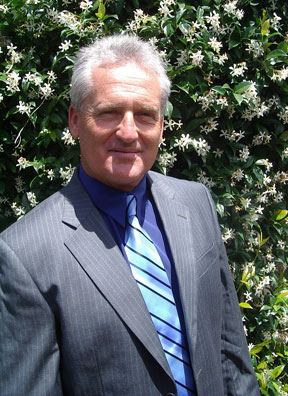 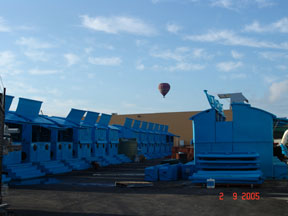 What happened to investors money??

ASIC should hang their government protected jobs in shame. For they are to blame.

What is wrong with aquaculture? Where is the profitable aquaculture in Australia?

Lies should no longer protect those who use aquaculture to rip-off mom-and-dad investors....

Also available for sale is Kel's C-Box manual for COMMERCIAL culture. And if you don't wont your C-Box we may buy them. Contact us today.

After much to do about nothing I am able to totally assist owners with making their C-Boxes function. There have been lingering legal issues preventing assistence up to this point in time. The aim is to convert the C-Box into a POD RAS type system.

Copy & Paste Account details below to your bank transfer facility. Delivery is within 4 hours of deposit confirmation.

Dont forget to send through a confirmation email.

Thank you for your interest, K J Gordon

Both Manual and Design Upgrades $725 (PDF)

And don't forget to include your purchase confirmation email

Imagine you had a fish culture system where hundreds of specialised holding tanks were all in the one building. Imagine these systems were called C-Boxes.

For the first time in aquaculture history, it would be possible to culture species from both ends of the Australian Continent under the one roof. Now, imagine you had 1000 tanks under culture. Which is about 4000 tonnes of fish per year (if done right).

Freshwater and saltwater species virtually side by side utilising the vertical integration of hatchery and nursery technology, a continuous production line, if you will, all based on recycled water and existing technology.

And, such a facility could be located anywhere including the CBD of any major city.

Not only would it be possible to have fresh fish 'at the front door' but these specialised holding tanks would have a legitimate fish capacity twice that of any other current commercial fish tank system (RAS Aquaculture).

How good would you feel?

Such was the euphoria when joining the Cumminscorp C-Box Aquaculture Team at Gaven on the Gold Coast in 2005. I had the best job in the world.

As a passionate aquaculture person I cannot begin to describe the excitement and camaraderie generated by the anticipated expectations. C-Box technology was about to go public and we had significant orders into the Arab countries, one to New Zealand and one confirmed sale of 1000 C-Boxes into Singapore, or so we were told. These systems had a legitimate capacity of 180kg per cubic meter. I know because I did the initial scale up work, on the first four C-Boxes, at a time when 80kg per cubic meter was considered fantastic.

(How was such a density possible? The answer was ridiculous. The design had a $50 exhaust fan back-blowing air up through the biofilter. Such a simple design and yet it totally removed dissolved carbon dioxide. Which adds massive stability to water chemistry. Yes $180kg per cubic meter is very possible, but only as your final density. Only an idiot would presume to commence culture at this density)

The Cumminscorp culture model was inherently wrong. Basically 8000 fingerlings were placed in one box then divided into two and and then into four (seven boxes to a culture module). This model was found to restrict grow rates. Yes, 8000 fingerling in 6000 litres does not produce optimum growth when growth is most important. (juvenile growth is highly efficient)

As aquaculture park manager this was an obvious fault. A better way was needed and it was simple. Use all seven C-Boxes from the start. At a lower density the growth rate of Barra was increased dramatically. Initial harvests allowed for 500 gram fish to be harvested in about 14 weeks. 1kg fish at approximately 22 weeks etc. The projected figures showed a production of 5-6 tonnes per tank per year. Not tooo shabby.

At Mr Cummins request I jumped at the chance to buy shares. My $0.14 cent shares "would easily reach $0.50 cents within 3 months" he told me.

Here was my chance. I would be technical support manager for a worldwide product and something I believed in. I borrowed as much money as I could and purchased 624,378 shares.

In 3 months I had had a heart attack, from over work and then, ,,, I was suspended without written notification.

My personal files were destroyed, my office was trashed.

I was physically escorted from the premises and I now owed $90,000. However, I remained on full salary, much to my confusion.

(please note; the mild heart attack may well have been over-exposure to ozone. A C-box design was capable of over producing ozone and I was dangerously exposed during upgrade testing)

Surprisingly, I was retained on full entitlements for several weeks.

Eventually I became aware of what had transpired.

Four days after little Johnny Howard's Work Place Laws came into effect, I was suspended without written notification and my job given to a Mr Blank Smith. A so-called aquaculture consultant who is probably responsible for the companies collapse. He managed to kill several tonne of Barra within weeks of taking over as Manager of Aquaculture.

This absolute fool now runs the M----- A------ in M----- Qld. His lack of aquaculture knowledge is only surpassed by his pomposity. This greedy man was a major reason for the collaspe of Cumminscorp.

Absolute Dickhead Award. Sorry but that is as professional as I can be with this person.

My euphoria had quickly gone from those dizzy heights to a feeling of riding a roller-coaster with at least one wheel missing. At any moment I would be thrown, screaming and falling to my death.

Ironically I was re-instated to repair the damage caused by the above. It took several weeks to irradicate the disease using a new technique designed by the author, based on copper sulphate and micro-fine calcium carbonate. The complete files and research of which were then subsequently stolen from my office.

It was truly the dark ages of aquaculture and in that lack of light I resigned in July 2006.

Check Out the Epistylis Disease

Before you buy anything don't miss the opportunity to examine our design features.

The Pod System Makes Money Based on $7.00 per kilo.

Please tell us of any, yes ANY Australian RAS system that will stand that test.

We Don't Think So

We Were The First in Australia